How the Ghost Pacer Works

For those who are interested, below is a more technical walkthrough of the Ghost Pacer, courtesy of our CTO, Jensen Turner:

The Ghost Pacer headset is a combination of proven hardware and newly developed algorithms specifically tailored to balance the augmented experience with the incidental user experience (including battery life, heat output, size, weight, and independence from other devices).

The hardware stackup starts with a power management system that converts power from the onboard lithium-ion polymer battery to the various types of power required for other system components. The PMS includes an intelligent charge controller that balances the longevity of the battery with quick charge times and bus-power capability for extra-long-distance users who may choose to connect an external power bank via the integrated USB Type-C interface.

The high-sensitivity GPS antenna and chipset use multiple GPS satellites to maintain a 3D fix on the user’s absolute global position. The orientation of the user’s head is monitored by a 9DOF inertial measurement unit (IMU), consisting of an accelerometer, magnetometer, and gyroscope, along with a sensor fusion coprocessor. An onboard altimeter provides a detailed elevation profile as the run continues to inform expected performance statistics and adjust the virtual environment in real-time if selected. 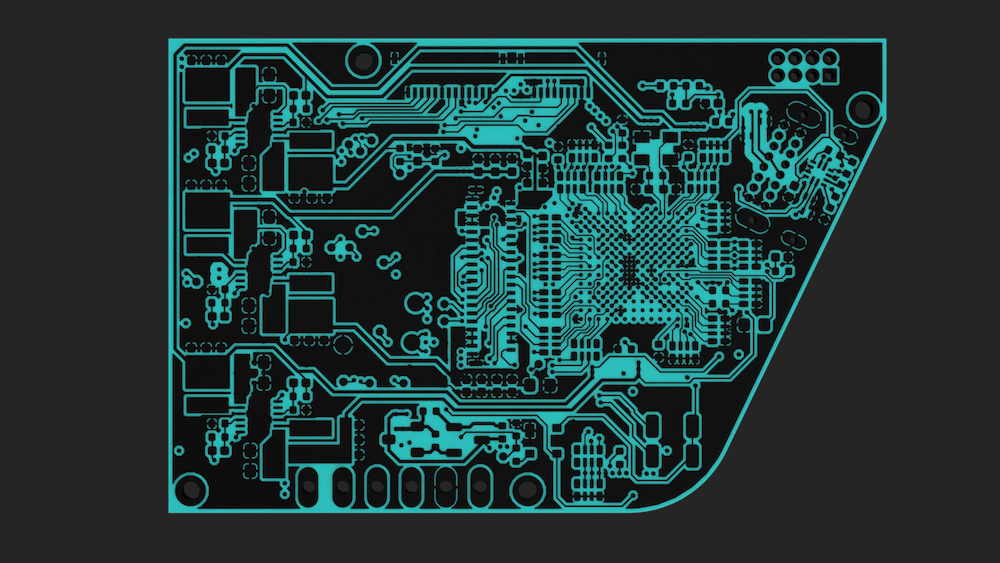 The data is centralized in a system-on-chip based on the ARM Cortex-A architecture and the operating system is powered by the industry-standard Linux kernel. This main processor applies our proprietary algorithms to filter the sensor data and construct a virtual 3D environment in the user’s vicinity. The run path chosen by the user (via the mobile app) is sent over Bluetooth Low Energy radio to a receiver on the headset and that data drives the path of the avatar in the environment. The main processor contains a hardware-accelerated 3D graphics rendering subsystem, which produces a real-time video output of the avatar from a perspective that matches the user’s real-world attitude (position, orientation, and elevation).

The output video is processed by a driver and sent to the microdisplay, which is based on LCOS technology and just 0.37" across. The microdisplay operates on field-sequential color technology, in which the three color channels (red, green, blue) are illuminated individually at six times the frequency of the input video by a precisely timed system of high output LEDs. An optical combiner element shines the LED light onto the LCOS pixels, each of which is effectively an individually addressable mirror just a few micrometers across, to create a bright, visible image. The display itself is refreshed 60 times per second and the color channels are sequenced so quickly that the brain combines them and interprets them as a full color image.

That image is then magnified and focused by a custom series of lenses to fill a larger portion of the user’s field of view (ultimately ~30 degrees). After the light from the lenses passes through another chamber and is properly oriented, the final combination of the virtual and real worlds takes place on a semi-silvered reflector positioned in front of the user’s right eye. Since the optical system focuses the image on a virtual plane 2 meters in front of the glasses (near the user’s resting focus distance), the image does not appear directly in front of the eye, but rather as if it were part of the surrounding landscape. As the user focuses on the terrain ahead of them the image of the virtual environment also comes into focus to create the augmented experience that allows you to see and race against the Ghost Pacer holographic avatar outdoors, in real-time.

Please check out our demo video to see the end result of the Ghost Pacer hardware and optics in action: Watch it now. 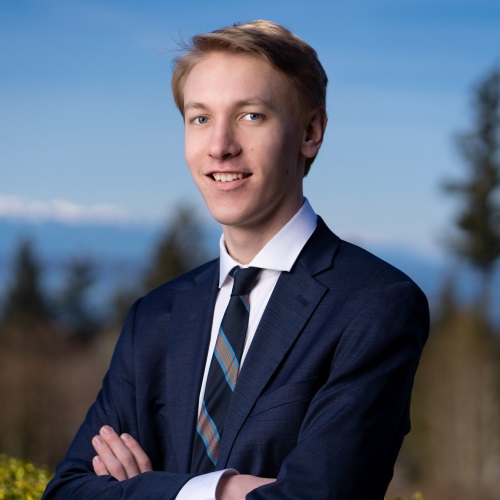 Jensen Turner is the CTO of ghost pacer. He developed the circuitry and hardware of the ghost pacer glasses during his freshmen and sophomore years of college.

Ghost Pacer is a Seattle-based startup, where, over the past 3 years, our team of runners and engineers have developed a revolutionary mixed reality headset for runners that allows users to race outdoors against a holographic opponent.